Congratulations to our 2021 “Your Shorts Are Showing” short film competition Award Winners! 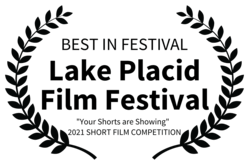 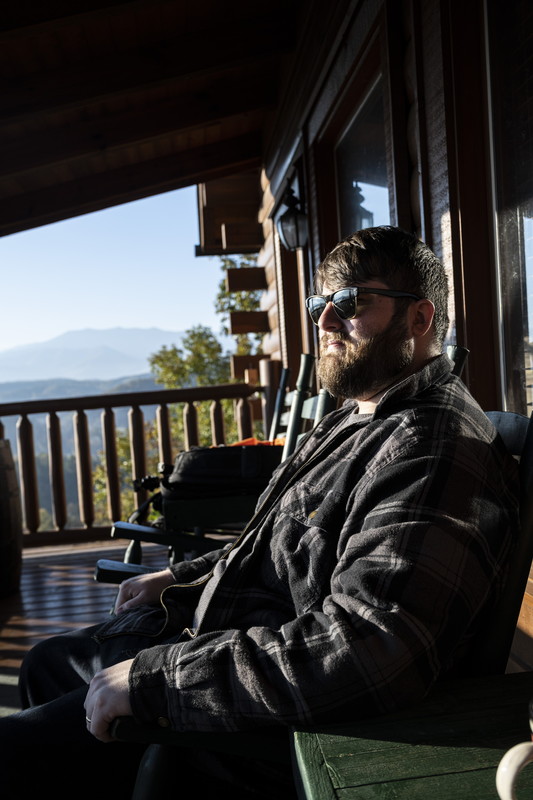 A Delmar, New York native, Elliott Ambrosio has been interested in digital photography and videography since studying at Hudson Valley Community College, where he received a Certificate in Digital Media. Shortly after graduating from HVCC, Elliott pursued filmmaking and enrolled into the prestigious film conservatory at SUNY Purchase where he earned his Bachelor of Fine Arts in Film. While studying at Purchase, Elliott learned the important processes of pre-production, production, and post-production.

As a writer, director, actor, DP, and editor, four of Elliott's films (The Demon Inside, Bogged, File 6, and The Neighbor) have been featured on WMHT-PBS' TVFilm contest. One day, Elliott plans to produce/direct his own feature films.  He has filmed Far from Essential in 2020 and The Train to Moscow in 2021. 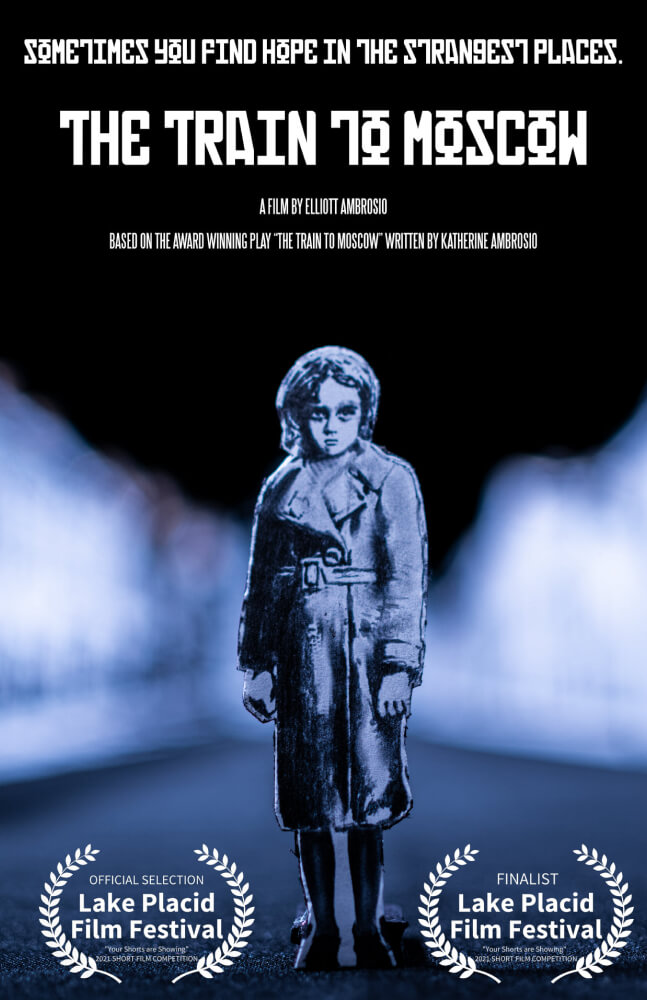 A mute woman and a lonely man find hope together at a train station in Omsk, Russia.Train to Moscow 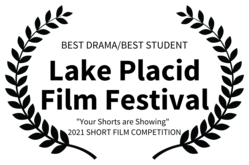 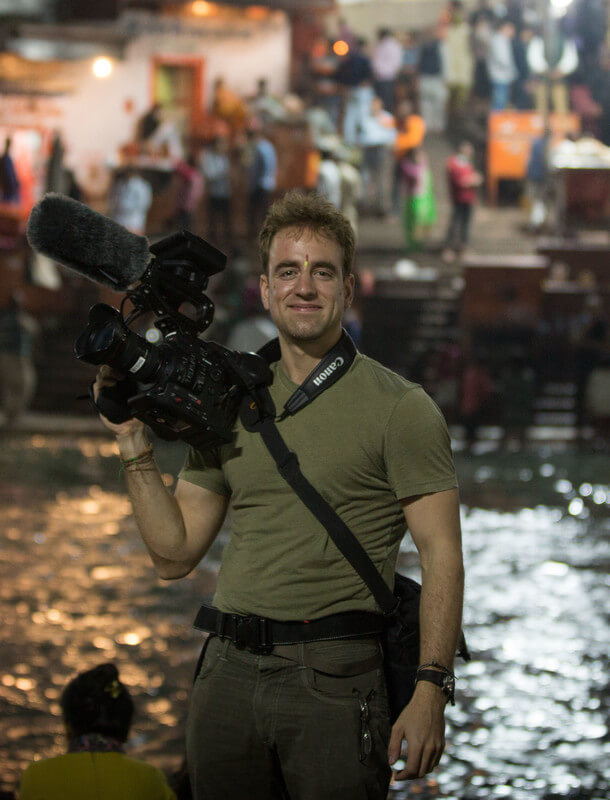 Daniel Byers is the Director of the environmental documentary studio Skyship Films as well as the horror/fantasy studio Dark Tower Films. As a documentary filmmaker, he's tracked cartels along the rivers of Honduras, chased the elusive snow leopard through the mountains of Afghanistan, and rafted through the icebergs of glacial lakes in the shadow of Everest. His films have been featured at the UK Guardian, BBC, National Geographic, Smithsonian Museum, three UN Climate Change Conferences, and top festivals including Doc NYC, MountainFilm, Banff Mountain Film Festival, and the DC Environmental Film Festival. When not in the field, Daniel has a love for crafting fantasy, horror, and historical adventure films. His short films have been featured at top festivals including Screamfest and FilmQuest and won numerous awards. He recently completed principle photography on his first narrative Feature, "Banishment," and is recently graduated in February 2022 with an MFA at Columbia School of the Arts. 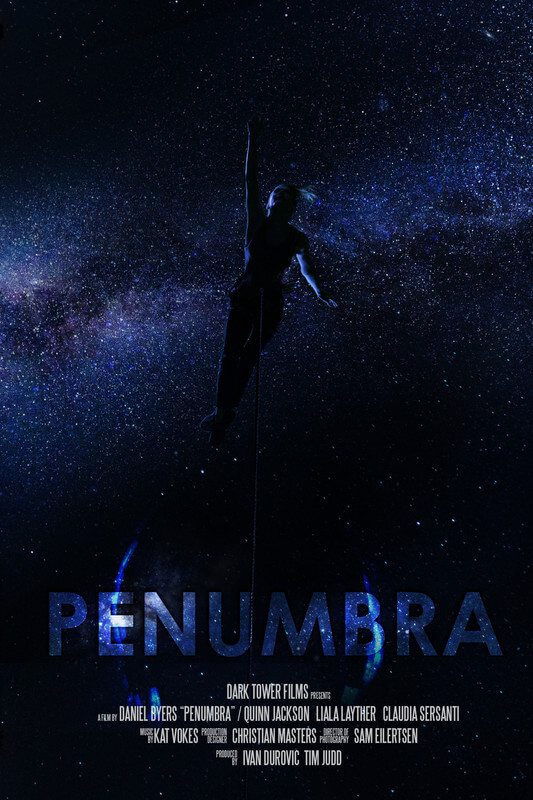 Something's wrong with Dori's sister, Fae. She's been going missing, and won't say why or where she's been. When Dori begins to investigate, she starts to worry someone might be after her.

But what's coming for them is not of this world. Soon Dori is locked in a struggle for survival to save her sister from an unimaginable terror -- that can control gravity itself. 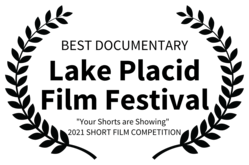 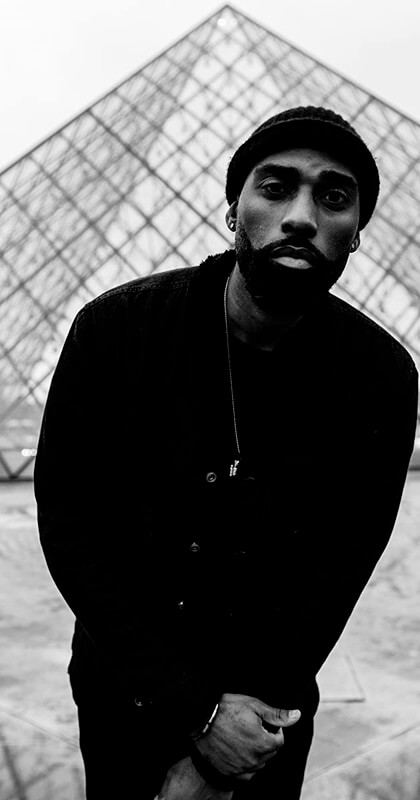 Isaac Yowman has over a decade of experience directing and producing content for major players such as Sony Pictures, Netflix, Viacom and more.

He brings his extensive knowledge of visual storytelling and musicianship to this documentary and serves as the Director, DP & Editor for the film. 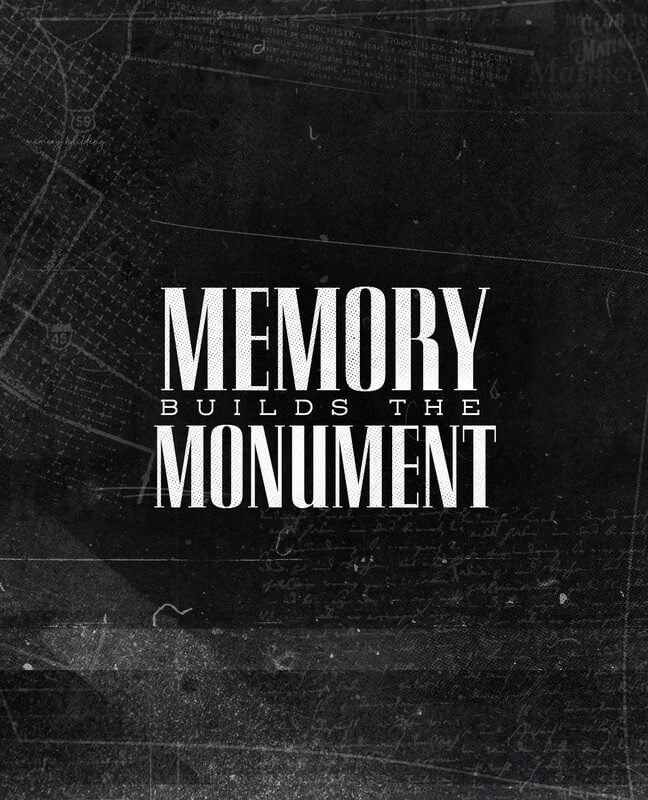 Musical legends like Ray Charles, James Brown, Aretha Franklin often ignited their early careers by performing at this iconic southern music venue in Houston’s historical 5th Ward. Club Matinee was known as “the Cotton Club of the South” by musical legends and area residents alike. Compelled by the vivid memories of the legendary venue by aging citizens, this film leaps into the music, the art, and the community of Fifth Ward, Tx. The doc highlights the impossible to ignore cultural and social challenges of African-Americans in the 1940s, 50s, and 60s living in the South. The through-line of this story showcases how the music of these eras played a part in defining generations and bringing people of all ethnicities and backgrounds together and how memories, at the verge of being lost can be shared to propel the future. 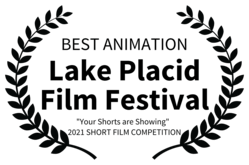 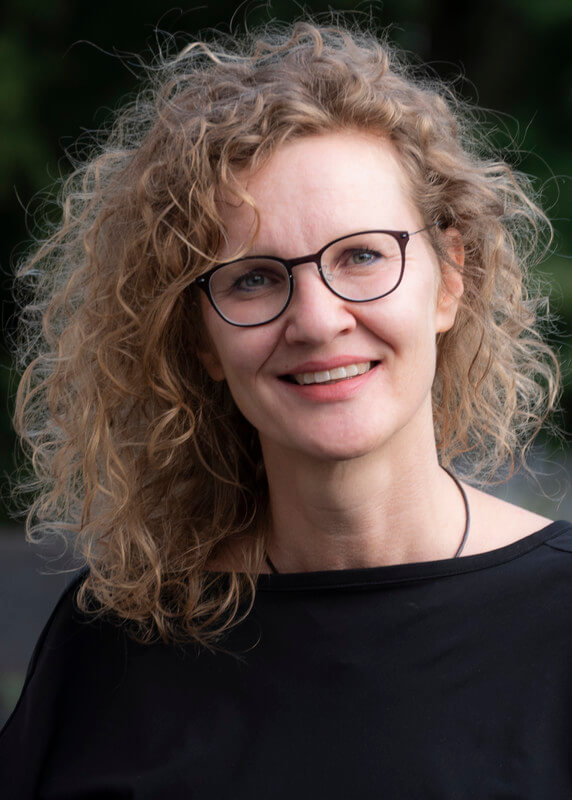 Christina Benz (*1972, Zurich) studied Fine Art at Central Saint Martins College in London (BA of Fine Art, 2004) and gained a Master of Arts at Zurich University of the Arts in 2010. Focussing on the moving image, Christina Benz’ video projects and installations are shown at international galleries, art fairs and festivals. For the project Shifting Sands, Christina Benz collaborates with authors and musicians, creating stop-motion films that combine drawing, poetry and music and explore the interplay between these artforms. 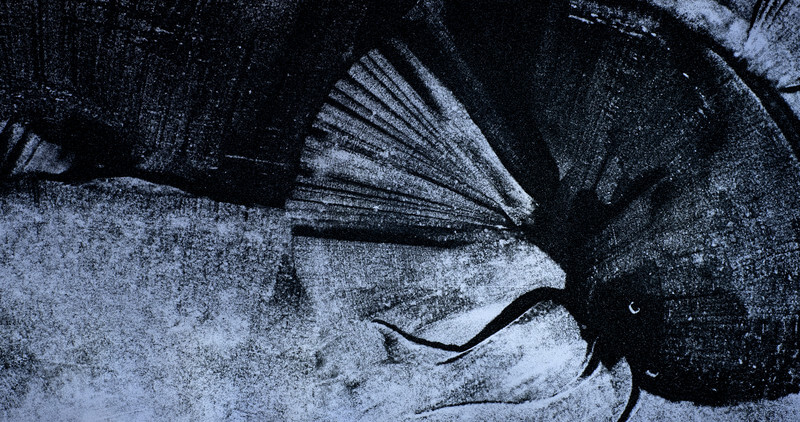 Sunday, Fulesee. Two people go diving in a lake. They understand each other without a word, everything seems ok. But the dive leads them not only to fish and into darkness, it also reaches into the depths of their souls. At 30 metres below the surface, fears and stories for which they cannot find any signs in diving language suddenly rise up. – The animated short films of Christina Benz combine the art forms of drawing, poetry and music. This film was made in close collabaration with a writer and a musician. The stop motion film was drawn with black sand. 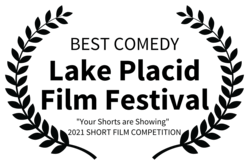 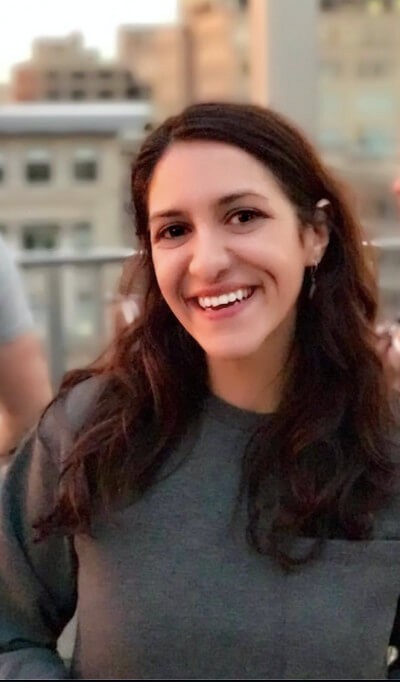 Amanda Rosa (she/her) is a Latinx filmmaker who lives in Brooklyn. Junk is her second short film. Rosa is currently a Producer at Flies Collective (We're All Going to The Worlds Fair; Bloody Nose, Empty Pockets) and sits on their grant committee. She is also an adjunct professor of film at NYU’s Tisch School of the Arts. 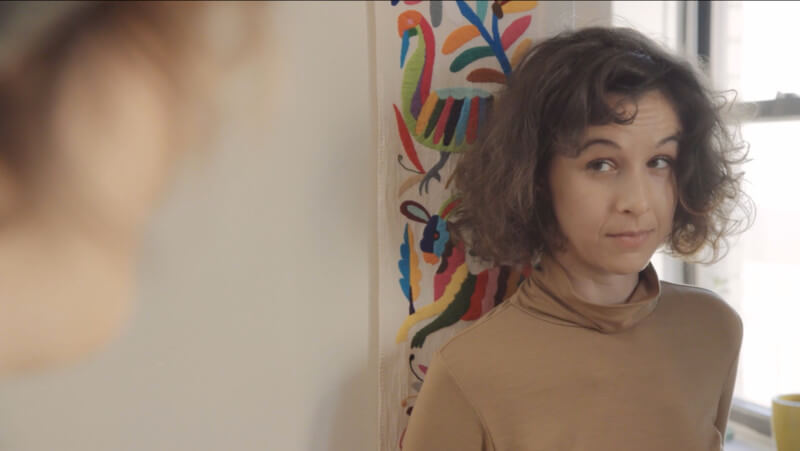 To move on from trauma, a young woman tries to sell her junk. 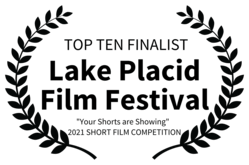 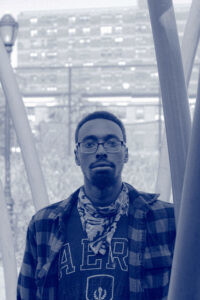 Derrick is a Brooklyn native and graduate of SUNY Oswego with a B.A. in Cinema Screen Studies. He dedicated most of his coursework to film theory, philosophy, and storytelling through the medium of screenwriting. In 2018 Derrick received an award for outstanding screenplay at SUNY Oswego for his Senior Thesis script “Acid Rain”. His stories often explore themes of identity, existential anxiety, and social inequality.

“Wasted Talent” follows four high school teens who are thrown into detention after a fight. These boys from different worlds come together through their love for music and songwriting. However, their newfound bond is brought to a halt by the harsh reality of the world they come from.

Joshuah Melnick is a 2019 graduate of NYU’s Tisch School of the Arts. He has directed short films, commercials, and ski films. He was Director’s Assistant and Editorial Support on “The Peanut Butter Falcon” which won SXSW in 2019, and he acted across from Ethan Hawke in the film “Tesla” which premiered at Sundance in 2020. He’s also been a face for Rag and Bone, Brooks Brothers, L’uomo Vogue and others. 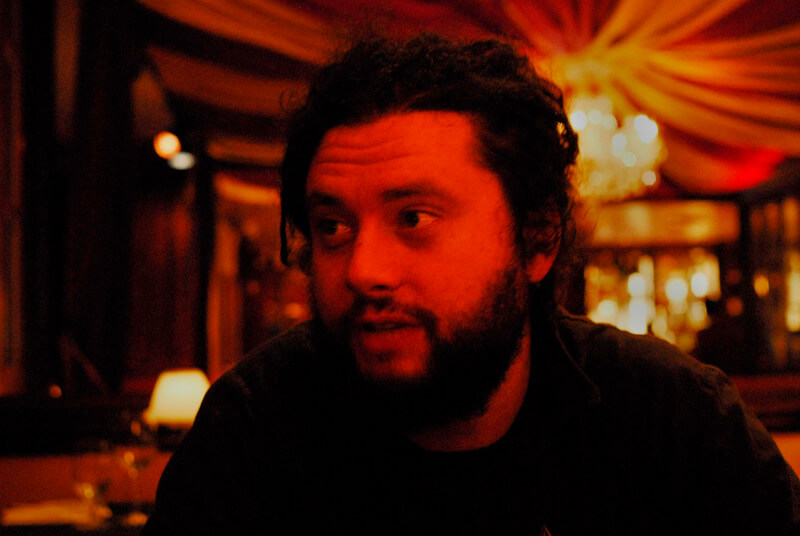 Raised in the midwest A.J. Wilhelm attended the University of Michigan studying politics, music and film. Following graduation A.J. took a staff position with the National Geographic Society in Washington D.C while also performing as a touring musician. Since 2006 A.J. has been working out of New York City as a freelance filmmaker and photographer. "Junior" is AJ's first film as director, cinematographer and producer.

Gifted as a teenager, Jérôme “Junior” Simeon was recruited by top Haitian roots music group “Racine Mapou de Azor” and spent 20 years touring the world. When the lead singer of his band dies unexpectedly Junior’s high-profile career comes to a shocking halt and he suddenly faces an uncertain future for himself and his legacy.