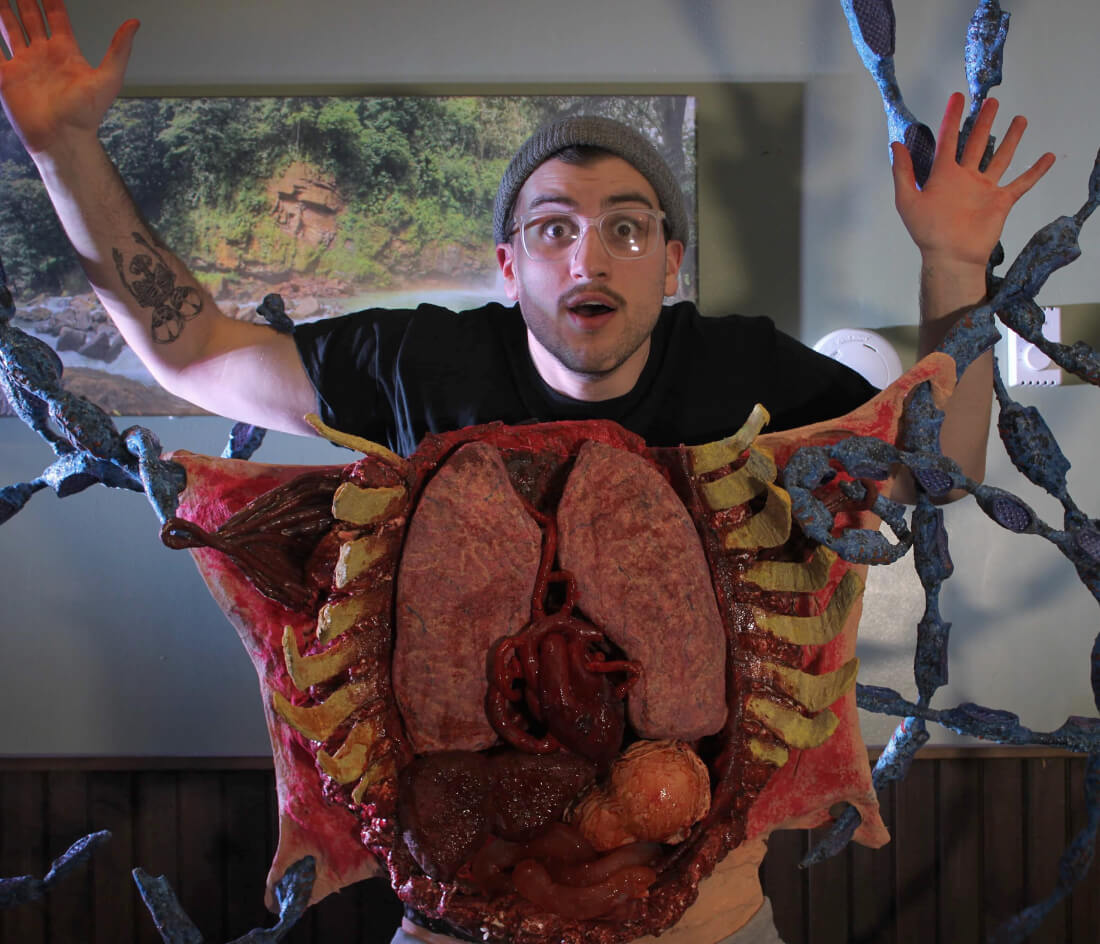 “Nothing is too weird or too abstract,” he said. “I’ll watch it all.”

All three styles influenced his project “Freak,” a 50-minute film where five young adults spend a weekend at a haunted campsite. Legend has it that a deformed man once deemed a “biblical mistake” was left there to die after being run out of his hometown. Some say people go into the campsite and never come out.

No death is subtle in “Freak.” It’s constantly one-upping itself with how brutal it will get. Heads are smashed. Body parts get cut off. People are ripped open. And Cerruti lingers on these moments.

“I love practical effects. I love blood. I love gore,” he said. “I understand that some people don’t want to see it, which is fine. I get that.”

Arthur Crenshaw, the titular freak, is a giant, angular mass whose entire skin seems to be riddled with tumors. His hands and teeth are uncomfortably large and discolored. A constant stream of thick saliva flows from his jaw. In reality, Arthur is a 7-foot puppet designed by Cerruti and puppeteer Matt Sorensen.
“I wanted him to be a person,” Cerruti said. “I didn’t want him to be a creature or other worldly, but we both felt strongly that Arthur shouldn’t look like anything we’ve ever seen before.”

Arthur now lives in Cerruti’s parent’s home, but he might soon come out of retirement. After premiering at the North Elba Showgrounds on Halloween of 2020, Cerruti began shipping copies of “Freak” all around the world. The underground horror scene has an appreciation for physical media and swag, so some copies of the film were packaged with posters or pieces of Arthur’s skin.

“He was built for a good time, not a long time,” Cerruti said. “The reception was so good that we’re going to make a sequel. We have to dust him off and make him camera ready again. He’s still kicking.”

Cerruti will screen “Freak” at this year’s Lake Placid Film Festival. In addition, he’s also submitted his piece, “Transferal,” to the short film competition. The short depicts more of a cosmic and unknowable horror full of John Carpenter-esque tentacles.

When creating a new film, Cerruti tends to work backward. First, he’ll get the imagery down and then he’ll write a plot and characters around it.

“I’ll come up with a whole story just based on one set piece, or one kill or one effect,” he said. “I tend to put the cart before the horse a lot. I’m not sure if that’s how it is for other people, but that’s just how it’s worked out for me.”

Born and raised in Lake Placid, Cerruti entered the theater world at a young age. He starred in his first show at 10-years old. He recently worked at the McKittrick Hotel, an off-Broadway theater that hosts “Sleep No More,” an immersive mashup of Shakespeare’s “Macbeth” and noir films.

However, New York City’s theater industry didn’t provide the type of opportunities and creative expression Cerruti was looking for. So much of his work depended on approval from producers, directors and casting agents.

“When you’re an actor, especially in the city, you’re basically just a number,” he said. “The audition process is pretty flawed in my opinion. You walk into a room and maybe get 30 seconds a somebody’s time, and they make that decision right then. I don’t necessarily think that’s the best way to make a judgment.”

In 2018, he and a few colleagues created Dead Vision Productions, a multimedia company with an emphasis on contributing to the underground horror genre. It was a way for them to bypass the sometimes rigid and unapologetic entertainment industry and just make their own projects.“I started to run out of excuses as to why I can’t make what I want to make,” he said.

“That’s what it’s all about for me,” Cerruti said. “If it’s not a bunch of friends getting together and laughing and making cool shit, then it’s not worth it to me.”

As a child, Lucky Cerruti fell in love with Universal monsters like Frankenstein, Dracula and the Wolfman – characters that despite their appearance and some terrible deeds were often meant to evoke sympathy from audiences. From there, he naturally progressed to discovering the slasher films of the 1980s. Now he has a love for modern horrors often shot on smartphones and shoestring budgets. 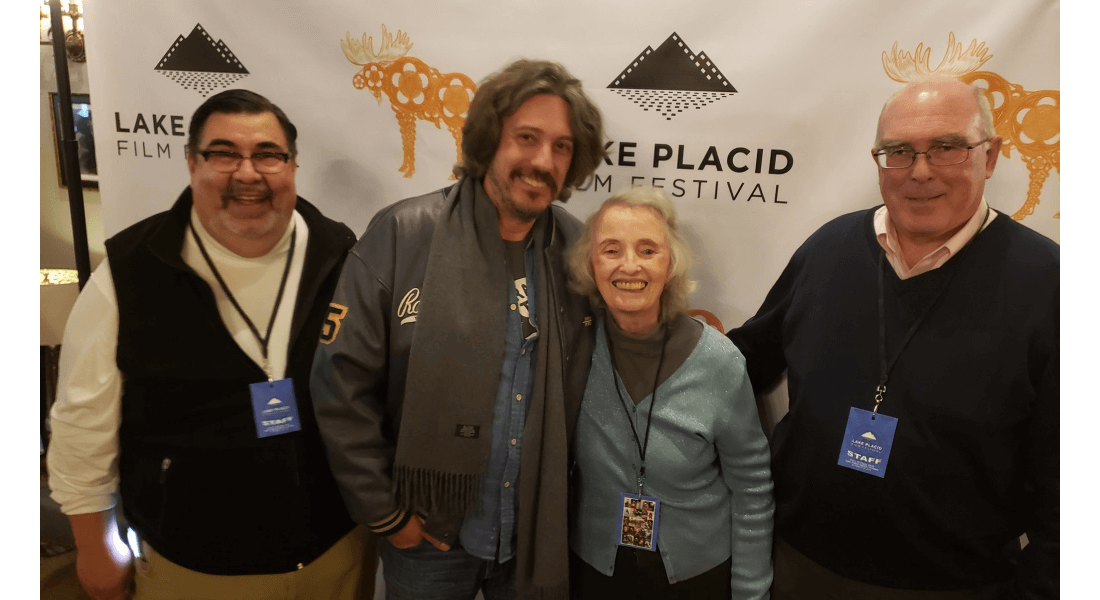 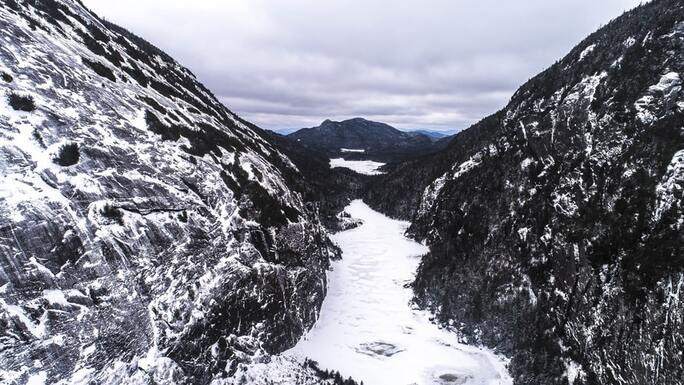